Each National Federation must be recognized as the sole federation authorized to represent its country in international sporting bodies by its Olympic Committee, which itself is duly recognized by the International Olympic Committee.
The major development of judo worldwide made it necessary to create Continental Unions.  These Unions are in charge of implementing the policy of the International Judo Federation and the International Olympic Committee.
Judo was created in 1882 by Professor Jigoro Kano.  As an educational method derived from the martial arts, judo became an official Olympic sport in 1964 (after being named as a demonstration sport at the 1940 Tokyo Olympic Games which were cancelled due to international conflict).  Judo is a highly codified sport in which the mind controls the expression of the body and is a sport which contributes to educating individuals.
Beyond competitions and combat, judo involves technical research, practice of katas, self-defense work, physical preparation and sharpening of spirit.
As a discipline derived from ancestral traditions, judo was designed by its Master Founder as an eminently modern and progressive activity.
The International Judo Federation was incorporated in Ireland as a company limited by guarantee and as a non for profit organization.
In conformity with the decision of the Congress dated August 23, 2009, the International Judo Federation is now a non for profit Association under Swiss law with seat in Lausanne. 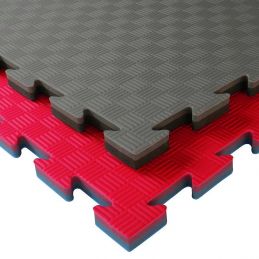